You are using an out of date browser. It may not display this or other websites correctly.
You should upgrade or use an alternative browser.

I just thought I should mention the sad passing of Peter who lived in Bracknell, not many on here probably new him as although
he was a Bees fan he had not attended for some years.
Two years ago Peter turned up at walking football and showed an interest in playing, and although we had a slower paced group
for 70 to 80+ Peter was 89 and the club were concerned, however he was given the ok to play and loved it.
When he started he invariably passed the ball to the wrong side, and everyone was on strict instructions not to tackle him,
and he was just added as an extra to one of the teams, eventually he got better and would return passes well, the club were
proud of him and presented him with a shirt with Peter 89 on it.
As time went on Peter overbalanced a few times and was forced to quit on Doctors orders (at 90), Peter passed away recently
at the age of 91 and I felt he deserved a thread on here (my first), he was a lovely kind guy and shame more aren't like him.

Location
Can You See The Real Me?

RIP Peter.
Come on you Bees.

RIP Peter.
It was just one of those things....

RIP. When I read the comment that Peter invariably passed to the wrong side, it got me thinking there were certain times in our earlier history when he would probably have been a shoe-in for the first team!
H 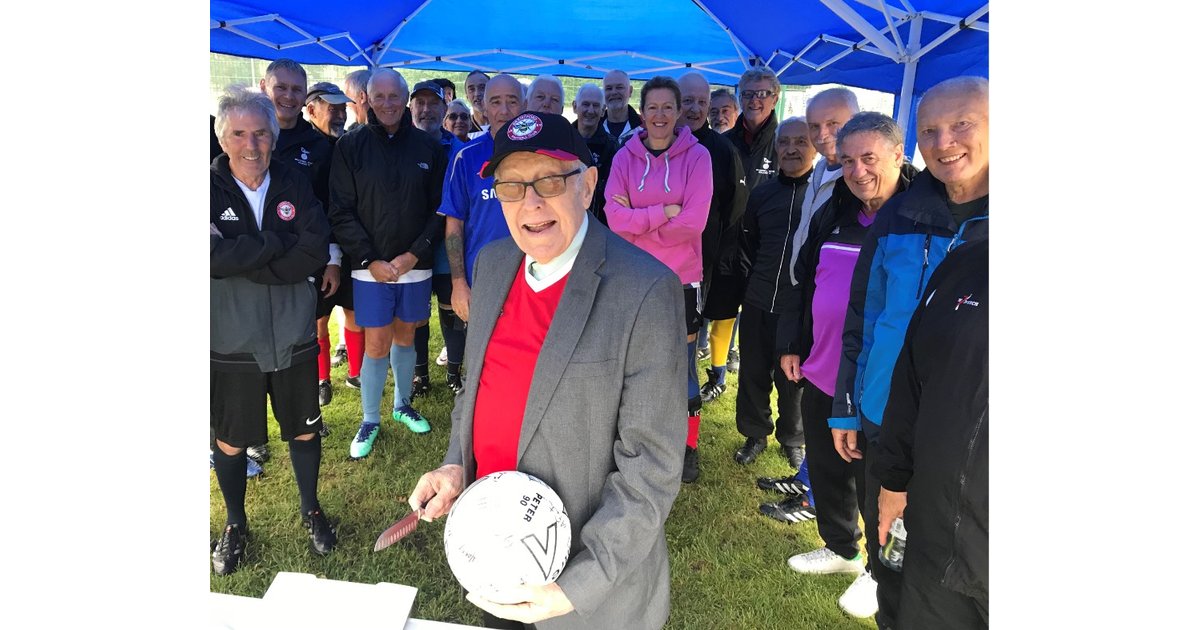 RIP
Remembering the 19 fallen players of Brentford FC, & the 6 Guests, who gave their lives in WWI & II.

Location
Back in London

HaylingBee74 said:
RIP
I hope its ok to share this photo I found of him online celebrating his 90th birthday with Bracknell Town Walking FC resplendent in his Brentford hat

That's lovely thanks for that.

A really nice tribute Warfield! Sounds and looks like he was quite a character. RIP Peter!
'Blind belief in authority is the greatest enemy of truth' Albert Einstein